skip to main | skip to sidebar

The Landscape of the Brain

When we use the NUCCA procedure to balance the spine and people get better, we often hear “I don’t know what you do but I like it!” As technology continues to develop, we can actually see what is happening when we correct the misaligned spine. Using specialized scanning machines, we can see that the reason why neurologic tests of the eyes and body improve is because of the “landscape” within the brain that has improved. Last year’s project sponsored by the Upper Cervical Research Foundation showed how the correction improves certain aspects of the blood flow in the brain. When we restore brain connections, the “landscape” of the entire brain changes and makes normal function possible.  Take a look at these two pictures and think about which one is going to result in better life expressions. If you said the picture on the right, I would agree. The picture on the left would trigger more of a humanitarian response which would eventually produce the picture on the right. 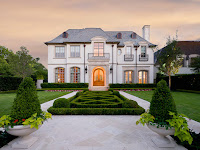 When we see eyes that don’t track together, or muscle spasms throughout the head, neck and torso, and when we see the supine short leg phenomenon, we know the interior “landscape” is troubled. That’s why we use the NUCCA procedure – to bring harmony first to the brain and spinal cord, and then restoration to the peripheral regions of the body. The immediate outcome is improved eye function, balance in the body, and eventually freedom from symptoms. So next time you are asked what we do in our office, you can say that we “restore the landscape of the brain which promotes healing through uppercervical spinal correction.”

Posted by DrSchalow at 7:53 PM No comments:

You may wonder what we are checking when we have patients lie supine or stand with backs against a grid. Fair question!
Everything we do at Upper Cervical Care Center-Rockford, is designed to ensure your brain is communicating with your body without interference. Some parts of the brain manage posture, some manage eye function, some parts manage swelling in the body. So all your checkups are really brain exams in addition to spinal and peripheral joint exams! Now we have a new tool that helps us see more detail in the brain and its ability to "talk" to itself. It's called the Brain Gauge. 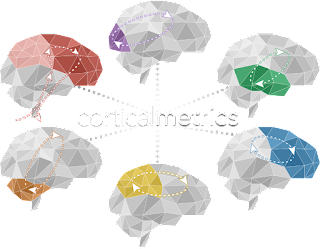 Developed over the past 20+ years by neuroscientist Mark Tommerdahl at University of North Carolina, this astonishing tool gives us baselines for head injury status, insights into breakdowns in specific areas of the brain, and more importantly, gives us a "heads up" in letting us know there's more that needs to be done to facilitate healing.
In one case of Agent Orange exposure, inflammation in the brain showed up on the Brain Gauge test. This led us to the importance of nutritional supplements to process and reduce that inflammation. Progress was recorded within two months!
In another case of Parkinson's disease, the test showed improvement in brain function over a period of two months of upper cervical care and nutritional support.
A patient with a recent head injury was tested. The results showed which part of the head was struck, and showed neurotransmitter problems. In a few more weeks, the new tests should show improvements.
Neurosensory testing on the Brain Gauge is done on Tuesdays and Fridays. Be sure to call and make an appointment for a base line study if you have not done so. 815-398-4500

Posted by DrSchalow at 11:30 AM No comments:

I was astonished to find this short, not very well crafted detritus moving around facebook today, and I wanted to point out some issues.

Fostering doubt about something that has as stupendous a track record as that established by Dr. Scott Rosa is not just counterproductive, but represents a force that civilization has been struggling with for millenia - the barbarians. For centuries, civilizations that have reached a high level of development in the arts, in knowledge, in the sciences, have had to cope with destructive forces of the barbarian. Alexandria, Egypt, is a good example of a center of knowledge that was destroyed by barbarians masquerading as Christians. But the knowledge base shifted to the Arab world for over 1,000 years, until the western world had regained some stability.

The small-but-pungent article that has caught my attention is purportedly written by Dan Bernstein, who professes to be "an idiot."

But enough name calling! Lets get to the point.

Dr. Scott Rosa's work is some of the most carefully documented work on the planet. His training is far beyond what most medical and chiropractic professionals receive, since it encompasses both the chiropractic note-set and the radiologist's note-set, and the research associated with the upper cervical spine and its neurology. His work defines the most cutting edge of the cutting edge of science and supplies a need in an area that is seriously deficient in both chiropractic and medical research. In fact, the medical professionals that concentrate with him on the upper cervical spine have provided insights that also help to complete a better picture of the physiology of the brain and upper cervical spine.
It is upon this work that Danny wants to defecate. How unbecoming of a "journalist" that wants to engender respect among his public. (or does he?)

The second error that this journalist makes is dismissing MR technology as "fancy pictures." I suppose he believes the moon landing was faked too? What about the round-earth "theory?" Does he think that's suspect? This error casts doubt on the entire radiology profession. Bad idea.

The third error Dan makes is suggesting that Jim McMahon had a "placebo" experience. I wish upper cervical adjusting was that easy! It goes without saying that the boatloads of evidence captured by Dr. Rosa's team describe specific structural changes by the upper cervical chiropractor which caused normalization of the physiology of the central nerve system. Too bad that Bernstein doesn't understand any of it. We might be able to find someone who can explain it in simple enough terms.

The fourth and most egregious error here is casting a sinister light on the work of Dr. Scott Rosa and other upper cervical chiropractors, and on chiropractic in general. For over 100 years, individuals have experienced restoration of health and vigor and alleviation of many disorders with chiropractic care. Dr. Mayo, of the "famous" Mayo clinic, even took his ailing wife to Dr Palmer in Davenport when he realized his knowledge was limited. Currently, health professionals of every specialty refer patients to chiropractors when they understand the importance of the nerve system in physiology.

My recommendation is that Mr. Bernstein repent of his indiscretion and serve the public by actually promoting good scholarship and honest inquiry.
Posted by DrSchalow at 2:45 PM No comments:

Dr. Philip Schalow is an upper cervical chiropractor in Rockford, IL. You can find more information by visiting his website at MyRockfordChiropractor.com. 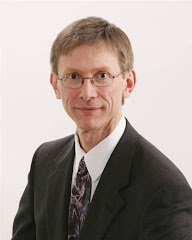